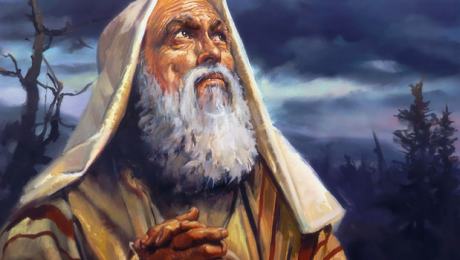 Today’s first reading from the book of Genesis is, in my opinion, one of the most annoying passages in the Old Testament. God shared with Abraham that he was going to destroy the cities of Sodom and Gomorrah because the sins of the two cities were so great. Abraham then began to question God’s sense of justice. “Will you sweep away the innocent with the guilty?” Great question, but then the annoying part of the story begins. Abraham puts question after question to God. “Suppose there were 50 innocent people in the city; would you wipe out the place, rather than spare it for the sake of the 50 innocent people within it?” God gave him a good and direct answer. “If I find fifty innocent people in the city of Sodom, I will spare the whole place for the sake of the fifty.”

Enough already, Abraham!!! You should be thankful God hasn’t smitten you for being so intolerably annoying! But God is more patient than I am. God answered calmly, “For the sake of those 10, I will not destroy it.” At that point Abraham was satisfied and the story concluded.

There are two ways to interpret this passage. First. Abraham was testing God’s justice. Would God punish good people along with bad people? The answer was a loud, no! Abraham found that God was truly a just God. He wouldn’t destroy the cities even if there were only 10 good people living in them. God’s last answer stopped Abraham’s questioning. But if we were to expand Abraham’s basic question, is God just, we confront a problem. So, God’s not going to rid the world of sinners and people who do terrible things. But what about the good people trapped in the cities of Sodom and Gomorrah? Are they to suffer at the hands of these evil people?

The passage is telling us that good people are the most powerful presence in the world even though their number may seem insignificant. Jesus gave us an insight into this. He taught that his disciples should be salt for the earth and light for the world. He told them to pray that God’s “will be done on earth as it is in heaven.” The righteous 10 or 50 or 1,000 are the foundation upon whom God can, and eventually will, build a world of justice that reflects the divine will. They’re essential to God’s process of evolution – their steadfast commitment to goodness and justice and love will assure that the time will come when God will be “all in all.”

Might they suffer at the hands of evil people? Yes, they might. But because they cling to what’s right and just, they, through their sacrificial love, feed the energy that moves the evolution God has set in motion. They’re the roots of the Tree of Life in the world. Under God’s loving care, those roots will grow and blossom in the fullness of time. May each of us claim our place among the 10, the 20, the 30… 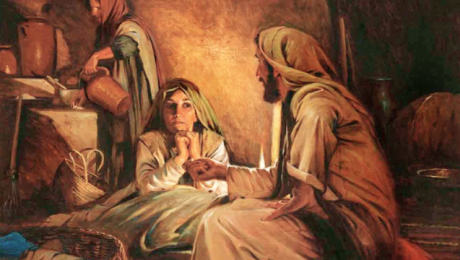 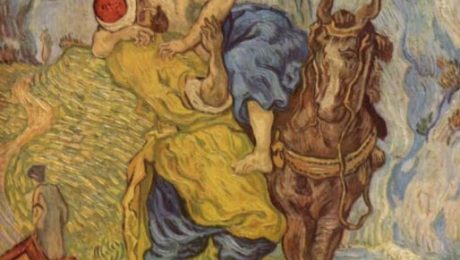 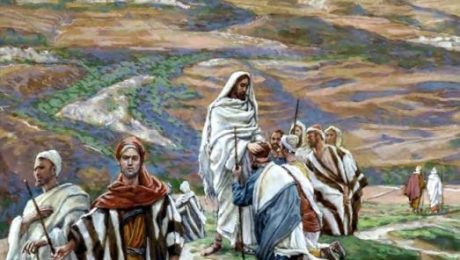 Last week the scriptures asked us to ponder God’s personal call to us. It reminded us that it demands a total commitment on our part. This week the Gospel focuses on the teaching Jesus gave to his apostles to prepare them for their first missionary journey. His words to them are meant for us, too.

He began with a serious caution. “I am sending you like lambs among wolves.” Our call to announce, in word and deed, that “the Kingdom of God is at hand,” brings with it many challenges. The Kingdom of God will often be in contradiction with the world we live in. We have to be prepared for that. When a “different” kind of power emerges, it’s often perceived as a threat. When we put ourselves into God’s hands we break our allegiance to the world. We become countercultural. We become free and independent agents who are no longer under the control of the values and power structures of the world.

Jesus continued his instruction by telling the apostles not to carry a money bag. In other words, don’t expect wealth and riches if you commit yourself to the Kingdom. Wealth and riches are a benchmark of success in the world, no so in the Kingdom. St. Paul, the greatest missionary of the early Church, said when speaking of his ministry, “I am content with weaknesses, insults, hardships, persecutions, and constraints, for the sake of Christ; for when I am weak, then I am strong.” Our power, God’s power, is love – selfless love – love that doesn’t demand anything in return. What we give, we give freely. We expect nothing in return.

Jesus also told the apostles to accept food and lodging from people. He wanted them to trust not only in God, but also in the goodness of others. They were to repay whatever hospitality they received with a blessing of peace. The reign of peace in one’s heart is the sign of the presence of the Kingdom of God within us.

Our Gospel passage ends with the return of the 72 disciples from their first missionary excursion. They came back rejoicing because even demons were subject to them through the name of Jesus. In spite of the success they enjoyed, Jesus cautioned them, and us, not to let success go to our heads because success can feed our hunger for worldly power. When we labor in the vineyard of the Lord, we must always keep in mind that our success is from God and not from us.