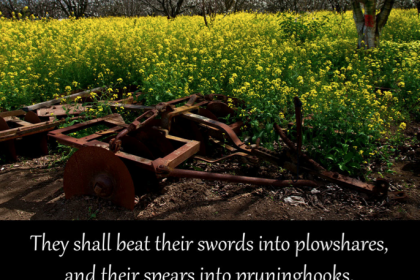 Today we begin the new liturgical year with a spirit of anticipation and unbridled hope! Today we begin Advent. The first scripture of the day is taken from the inaugural prophecy of Isaiah. For Christians, it’s perhaps the most well known pas- sage of the Old Testament.

It would be helpful to put Isaiah’s prophecy into an historical context. In the year 736BC a young king, Ahaz, succeeded to the throne of Judah inheriting a serious politi- cal situation. The king of Damascus and the king of Israel tried to persuade him to join them in an alliance against the king of Assyria. When Ahaz refused, they declared war on Judah. The king reached out to Assyria for help.

Isaiah tried to dissuade him, begging him to rely on God’s faithfulness, not on untrust – worthy political alliances. To persuade him he delivered his famous oracle of a messianic time to come. We’re reading this oracle today.

Ahaz agreed to an alliance that put Judah under Assyrian protection. Assyria used it, however, as an opportunity to annex the northern kingdom, Israel, in 734BC. Samaria fell in

721BC.When Hezekiah succeeded Ahaz as king in 716BC, he reached out to Egypt to support him in a revolt against Assyria. The result was disastrous. The Assyrian forces devastated Pales- tine in 701BC. Only Jerusalem survived destruction.

those years. It’s in this context that Isaiah de- livered his first prophecy. It began with a lament for Jerusalem, symbolic of the rulers of Judah.

“The faithful city, what a harlot she has become! Zion, once full of fair judgment, where saving justice used to dwell, but now assassins! Your silver has turned to dross, your wine is watered. Your princes are rebels, accomplices of brigands. All of them greedy for presents and eager for bribes, they show no justice to the orphan, and the widow’s cause never reaches them.” (Isaiah 1:22-24)

This lament over the corruption of Judah and Jerusalem is followed by a vision of a new world – a Messianic time. In the vision Jerusalem is trans- formed from the place of corruption to the glorious kingdom of God. The temple mount, Zion, the Lord’s house, is seen flooded by people streaming from every part of the world. The divisions and hostilities that have kept people and nations apart have dis- solved. The Lord’s house welcomes everyone, Jew and Gentile alike.

This is a revolutionary image. The word “nations” is goyim in Hebrew. It has a much broader meaning than various countries. It means all those people who aren’t Jews – who aren’t God’s chosen people. In the Jewish vocabulary it’s the disparaging word for “them,” those who aren’t one of us. In the Messianic Time there will be no them and us. National boarders no longer exist so that “the nations” may freely stream to the Lord’s house. The prophecy goes on:

“They shall beat their swords into ploughshares and their spears into pruning hooks; one nation shall not rise the sword against another, nor shall they train for war again.”

Isaiah’s prophecy leads us into Advent, but we must prepare ourselves for this procession to the house of God. We’re asked to shed our crippling cynicism. We’re asked to envision the corruption all around us as a thing of the past. We’re encouraged to abandon our narrow and divisive notions of nation, race and creed. We’re asked to open our eyes to the new world of the Messianic time. We are asked to take a spiritual step into that bright new world, and “walk in the light of the Lord!” 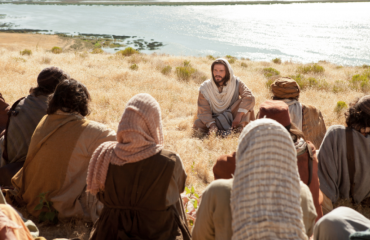 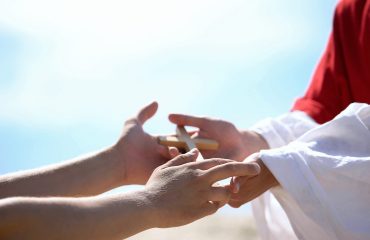 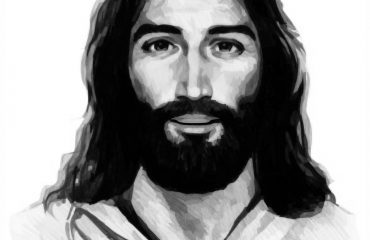