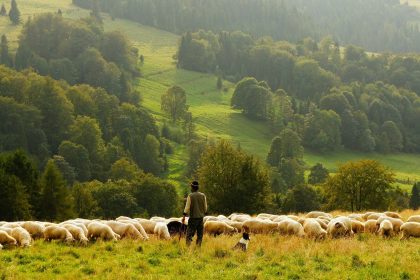 For three weeks the Sunday gospels have been focusing on accounts of the resurrection. This week and next week they direct our thinking to the Church’s relationship with the risen Lord. This week we’re given the image of Jesus as our shepherd. He tells us, “I am the good shepherd. A good shepherd lays down his life for the sheep.” What’s he telling us?

Let’s start with the first word of the title. Jesus tells us that he’s THE good shepherd. He’s presenting himself as a model for all shepherds. He then gives an example of a bad shepherd. “A hired man, who is not a shepherd and whose sheep are not his own, sees a wolf coming and leaves the sheep and runs away.” The shepherd must be bold and brave in the face of danger. As Jesus goes on to explain; the good shepherd will lay down his life for the sheep.

Jesus calls himself “GOOD.” The Greek word he uses for “good” carries with it the quality of humble nobility. Here’s an example of a “good” doctor who was more than proficient in his craft. I grew up in a small, railroad apartment where physical quarantine was almost impossible. When my sister came down with measles, our family doctor asked my parents if I could join him and his family at their home in the Rockaways to keep me isolated until she was over her illness. He was a “good” doctor. He cared for my sister, me and my parents all at the same time. He gladly went the extra mile. Jesus is saying he’s the GOOD shepherd – he’s willing to go the extra mile for each and every one of his sheep.

We’re unfamiliar with shepherds. So, we have to ask what shepherds do? The first thing shepherds do is to guide the sheep, day after day, to places where they can graze. They must also keep watch over them, being careful to never let a sheep go astray from the flock.

The flock was in most danger during the night. In Jesus’ day, scattered throughout the pastures, there were walled-in communal pens. At night, shepherds gathered their flocks in the safety of these pens. This also afforded an opportunity for the shepherds, whose lives were isolated and lonely, an opportunity to have some social contact with their fellow shepherds. But the interesting thing about these communal pens was that they didn’t have doors. They just had an opening. The shepherd himself was the door. He would sleep in the open doorway. If a wolf or another wild animal tried to attack the sheep, it would have to walk over the shepherd. That’s why Jesus adds, “I will lay down my life for the sheep.”

Jesus is holding himself up as THE model for anyone in a leadership position. Priests and ministers are called shepherds. Do they go the extra mile? Do they feed their sheep? Are they willing to lay down their lives for the sheep? Mothers and fathers are shepherds. Teachers are shepherds. Political leaders are shepherds. How do we fare when we compare ourselves to THE GOOD SHEPHERD? To what extent do our lives give good example to young people in the process of becoming shepherds themselves?

Every one of us has something deeply serious to think about today. 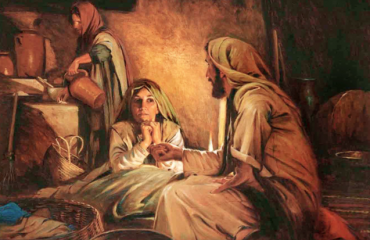 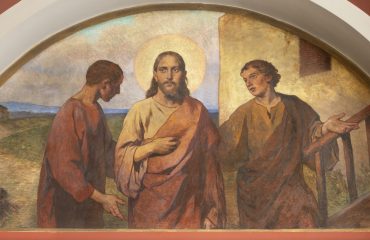 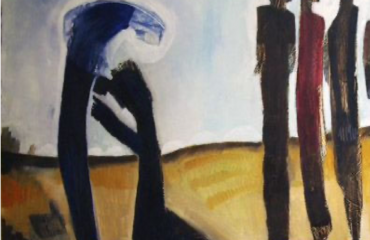