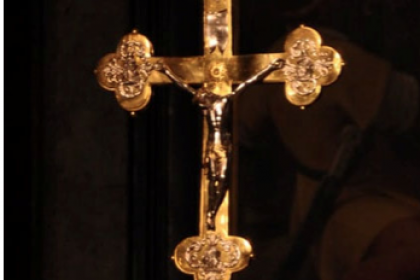 THE MAN WHO VISITED JESUS AT NIGHT

Today we listen very closely to a teaching Jesus gave to a clandestine follower. This is how John introduced him in his gospel. “There was a Pharisee named Nicodemus, a ruler of the Jews. He came to Jesus at night.” First of all, he was a Pharisee.

The Pharisees took an oath to follow every letter of the Law – and they did. It was a 24/7 life commitment. The word Pharisee means “separated one.” They separated themselves from ordinary life and ordinary people in order to carry out every precept of the law. The Pharisees were the epitome of orthodoxy.

Second, Nicodemus was a “ruler of the Jews.” He was a member of the Sanhedrin, the court of 70 members that had ultimate jurisdiction over all Jews. It was at the Sanhedrin’s debate about how to deal with Jesus that Nicodemus argued that Jesus should be brought in to defend himself before they

formed any judgment about him.

He was attracted to Jesus and his message but had many questions. He couldn’t ask them when Jesus was publicly teaching because of his sensitive position. Opposition to Jesus was growing among the members of the Sanhedrin. Nicodemus needed to keep his opinion of Jesus private, and so he came to speak with Jesus under the cover of darkness. What we read in the gospel passage today is a portion of what Jesus shared with Nicodemus.

Jesus revealed the meaning of his death. He linked the image of the cross to the redemptive image of the bronze serpent. The book of Numbers records an incident when the Israelites had lost their trust in God and turned on Moses. “Why have you brought us up from the land of Egypt to die in this desert, where there is no food or water? We are disgusted with this wretched food.”

God freed them from the slavery of Egypt, protected them from enemy tribes and fed them with manna every day, but still, they lost their faith in God. As a punishment God sent poisonous snakes into the camp. Many people died from their bites. But at the pleading of Moses God relented from the punishment. He instructed Moses to place a bronze serpent on a pole and to lift it up for the people to see. Everyone who looked at the image was healed.

By connecting this image to his crucifixion Jesus was teaching that his death would be redemptive. Looking at him crucified, opening our hearts to him and believing in him is the source of eternal life. Jesus went deeper into the teaching.

In the desert the people despaired because they had forgotten how much God loved them. Continuing to explain the meaning of his crucifixion Jesus told Nicodemus, “God so loved the world that he gave his only Son, so that everyone who believes in him may not perish but might have eternal life.”

Nicodemus, the ultra-orthodox Pharisee who thought he would win God’s love by following every precept of the Law, was confronted by the reality of God’s love. God wasn’t waiting for an opportunity to punish him. “God did not send his Son into the world to condemn the world, but that the world might be saved through him.” God, the Eternal One, doesn’t want to condemn anyone. God wants to share his life – Eternal Life.

I’ll leave you with an image from our liturgy. When I walk around the altar to incense it at Mass I stop at the center of the altar, bow, and incense the golden crucifix mounted high on a golden pole. I listen to his words as I watch the smoke rise to the cross. “God so loved the world that he gave his only Son, so that everyone who believes in him might not perish but might have eternal life.” 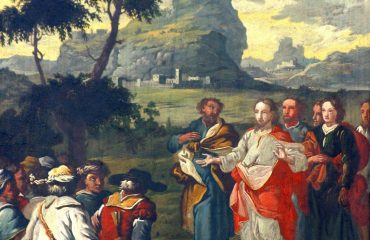 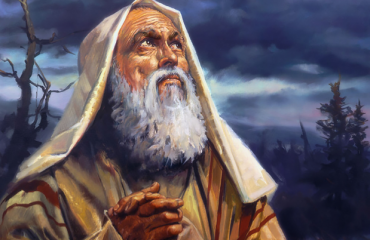 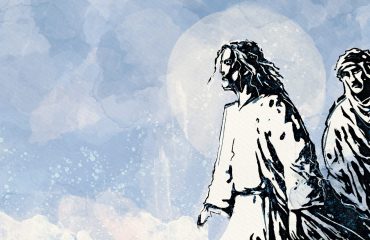