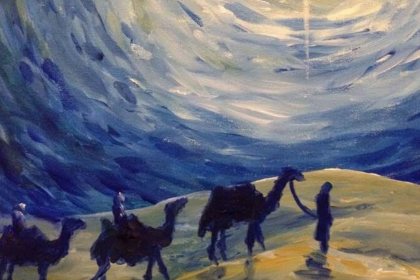 Here we are at the end of the Christmas Season. We’re celebrating the Feast of the Epiphany, sometimes called “Little Christmas.” In fact, this is the day the Orthodox Churches celebrate the birth of Jesus.

The account of the Epiphany is found in Matthew’s Gospel.

Shortly after Jesus was born in Bethlehem, magi “from the East,” most likely Zoroastrian astrologers from Persia, arrived in Jerusalem. Everyone took great interest in their arrival because they came looking for information about a newly born king. As Matthew puts it, “When King Herod heard this, he was greatly troubled, and all Jerusalem with him.”

I can understand why Herod was “greatly troubled.” As he aged he became more and more mentally unhinged. He was a narcissistic personality to begin with, but as he aged, he became increasingly paranoid. He murdered his wife, her two sons, her mother, brother and grandfather. He constructed elaborate fortresses throughout the country that were meant to be places of refuge for him should he ever need to flee Jerusalem. The possibility of a rival king ignited his paranoia.

I wonder, though, why everyone else was “greatly troubled.” The religious leaders, the Pharisees, Sadducees and scribes would have been put off by these star-gazing pagans announcing the birth of a Jewish king. If their prediction were true, he could threaten their grip on the people. But I wonder about the other people in Jerusalem – the common people. How were they “greatly troubled?” The phrase “greatly troubled” is used several times in Luke’s account of the birth of Jesus. Zachariah, Mary and the shepherds are said to be “greatly troubled” when they’re greeted by the an

gel Gabriel. The angel’s response to each of them was exactly the same, “Do not be afraid.” This tells us a great deal. The angel is warning them that fear will block their hearts and minds from receiving his message of joy and hope.

Herod and the religious leaders remained troubled because they gave into their fear, a fear that they might lose their power. The ordinary people had no power to lose. The appearance of these exotic magi with their message of a newborn king would have immediately caught their attention. These people had no love for Herod or the religious leaders. They were suffering under Rome’s oppressive occupation and an ultraconservative religious regime. Could this star that guided the magi really be announcing the birth of a messianic leader and the beginning of a new time? They would certainly have remembered the prophecy about this. “I see him, though not now; I behold him, though not near. A star shall advance from Jacob and a staff shall rise from Israel.” (Numbers 24:17) The common people weren’t afraid. The magi’s message filled them with hope.

It’s so interesting that we can read these same scriptures every year, and every year find a new level of meaning in them. While we’re read the Epiphany story today, our entire nation is “greatly distressed.” We’ve suffered through so much this year. We’re afraid of the strife and political upheaval we’re experiencing. We’re afraid of the pandemic that threatens our lives and the lives of people we love. We’re afraid for our jobs and our livelihoods. We need to take the angel’s message to heart, “Do not be afraid.” 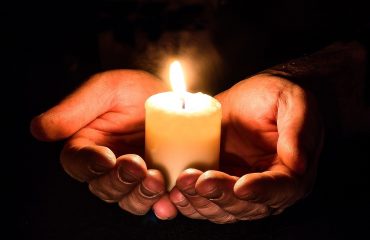 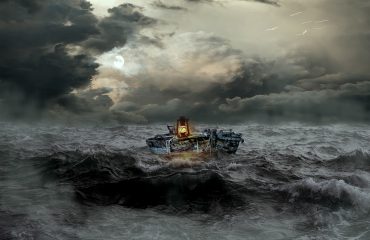 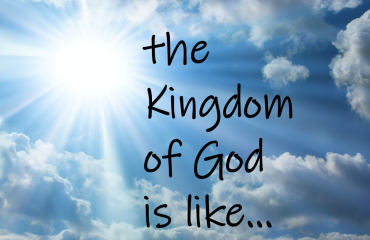