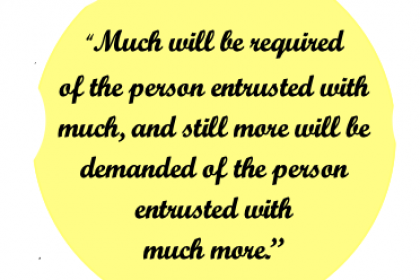 In today’s gospel passage Jesus assured his disciples that his Father was pleased to give them the kingdom. They were looking forward to that great day when the kingdom of God would materialize, but their thinking about God’s kingdom was tainted by their ideas of worldly kingdoms, so Jesus gave them some things to think about.

He began by presenting them with a challenge. “Do not be afraid…Sell your belongings and give alms.” He was telling them that when they opened their hearts to the kingdom they would find themselves questioning the value of the things and the possessions they cling to for “security.” He stressed that their hearts must be firmly rooted in the values of the kingdom of God, not in the illusions of strength and security that the kingdoms of the world so boldly offer. This teaching led to an important related topic, the mindset of the disciple.

“Gird your loins and light your lamps and be like servants who await their master’s return from a wedding ready to open immediately when he knocks…be prepared, for at an hour you do not expect, the Son of Man will come.” Here Jesus was teaching his disciples that, as children of the kingdom, they had to conduct themselves as if each day was the last day of their lives and the day of final judgment. They must never coast along. They must be prepared and ready to serve the kingdom every moment of their lives. Jesus continued by assuring them that they would be rewarded for their loyalty and perseverance. The reward would be quite extraordinary. The Son of Man will have them recline at the table in the kingdom of God, and he himself will wait on them!

Peter then asked Jesus if the teaching was meant for the inner circle of apostles or for all disciples. Peter was speaking from his old mindset that the kingdom of God would function like a worldly kingdom. The “top brass” would be treated differently from the rank in file. Jesus couldn’t let this go by. He addressed Peter’s question by asking, and answering, another question. “Who, then, is that faithful and prudent steward whom the master will put in charge of his servants.” Jesus answered his own question by painting the picture of an unfaithful and imprudent steward.

In Jesus’ day the steward was a household slave who was given the authority to manage his master’s entire household and estate. He was very powerful. This particular slave thought that, because his master was away for an extended period of time, he had free reign to do whatever he wanted. He mistreated and beat the other slaves and went on a drinking binge. He was so very foolish to forget that a day of reckoning would inevitably come. His master would return and that steward would be severely punished for his lack of judgment and reckless behavior.

Jesus ended this series of teachings with a warning to his inner circle. The Father was most happy to give them a place in the kingdom. However, there are no “privileged” people in the kingdom. The children of the Kingdom are expected to devote themselves completely and wholeheartedly to the work of the Kingdom. They must never forget the fundamental principle of the Kingdom of God: “Much will be required of the person entrusted with much, and still more will be demanded of the person entrusted with much more.” 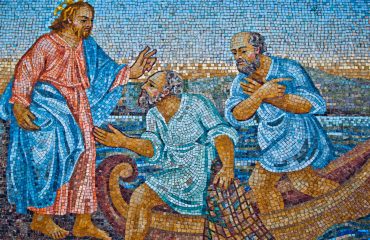 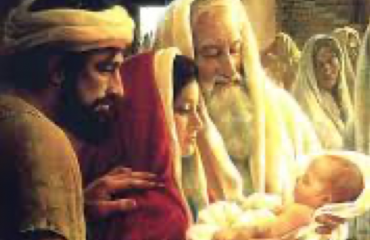 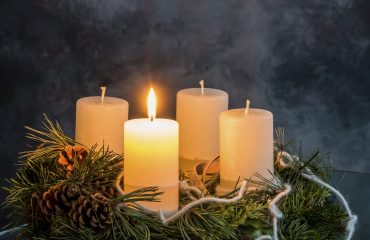