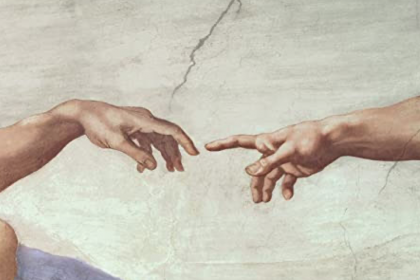 In today’s gospel passage we’re told about Jesus curing a person with leprosy. But before we reflect on this particular cure let’s look at the social dynamic surrounding the disease during the time of Jesus. The medicines we have today that cure Hansen’s disease, called leprosy in the bible, were not available in Jesus’ day. There was tremendous fear of this disease.

It was incurable and fatal. It manifested itself in discolored patches on the skin, nodules, lumps on the face or earlobes, loss of eyebrows or eyelashes and stiff or dry skin. It was known that the disease was contagious but there was little scientific knowledge about the process of contagion. Leprosy was so feared that people afflicted with the disease were required to segregate themselves from society. Once diagnosed, they would never be allowed to return to their families.

Today we know that leprosy isn’t as highly contagious as the people in Jesus’ time thought. We now know that it’s spread by contact with the droplets from the mouth and nose when a person coughs or sneezes. Eating from a common dish or sharing utensils are high risk for contagion. It’s believed that Damien of Molokai contracted the disease by sharing his pipe and eating poi from the common dish. But in Jesus’ day it was believed that even a breeze that had touched a leper could carry the disease. That’s why lepers were required to shout “unclean” when they came near a town or village. The gradual degeneration of the body was a terrible part of the disease, but the social isolation was, perhaps, even more painful.

We can all relate to this aspect of the leper’s suffering, though in a lesser way. A year of living with Covid 19 and maintaining “social distancing” has brought depression and anxiety to most of us. The lack of human contact, socially and physically, is a source of terrible suffering. That’s why there’s so much protest against the practice of solitary confinement in our prisons, especially for teenage prisoners. It’s generally condemned by psychologists as inhumane. Some people consider it torture.

With all this in mind we can now look at Jesus’ encounter with the man suffering with leprosy. “A leper came up to Jesus, and kneeling down, begged him and said, ‘If you wish, you can make me clean.’” This seems natural enough to us, but not to the people standing with Jesus. A leprous man running through the crowd to get to Jesus must have caused tremendous panic. The entire 13th and 14 th chapters of the Book of Leviticus contains the instructions concerning lepers. Stemming from those chapters it was common practice that a distance of no less than sixteen feet be maintained between a leper and a healthy person.

Jesus remained alone with the man. From a safe distance everyone watched. What happened next would have brought an audible gasp from the crowd. “Moved with pity, he stretched out his hand, touched him, and said, ‘I

According to the Law, Jesus would have, besides possibly contracting the disease, been instantly made ritually “unclean” himself, and would have had to go through a lengthy period of quarantine. The crowd watched as the man’s skin cleared. He was made whole and healthy again! In awestruck silence they listened as Jesus instructed the man to follow the laws from the Book of Leviticus, and to present himself to the priests who would proclaim him cured.

Let’s begin our reflection on this healing by applying it, first of all, to our society. Let’s, in the quiet of our hearts, ponder a few questions.

Who are the lepers of our day – the people we’re afraid to touch? Why are we afraid of them? What’s their status in our society? What does Jesus’ response to the leper teach us about our relationship with these “outcasts?”

My sister called me to come to Wyckoff hospital in Brooklyn. Mom had suffered a stroke while in her doctor’s office. It took what seemed like hours to get there. I found my sister with her. My father was with the doctor.

I walked over to the gurney. Mom was sitting up. She looked at me and barely smiled a crooked smile. She looked at me with glassy, far away eyes, but I know she saw me. She reached out her hand and put it to my cheek for three, maybe four seconds before she began to get sick. A nurse came over to help her. My sister and I stood back. Mom slipped into a coma and died ten days later. She was 65. It would take a book for me to tell you what was contained in that touch. It spoke understanding. It spoke unconditional love. It said goodbye.

Years later, I was called to the home of a man in his 40’s who was dying. He had AIDS. He was lying on the living room sofa when I arrived. The friend who had called was with him. We talked a polite talk for a while. I sat down at the end of the sofa near his feet. We continued our polite talk a little longer. He began to tire so I said good-bye and left.

The next day his friend called me, thanking me profusely for visiting. He said that his friend was deeply moved by what I did. “What did I do?’ I asked. “When you sat down you began to rub his bare feet. For a nanosecond I was at the Last Supper. I believe that, during that short visit, both of us were healed. 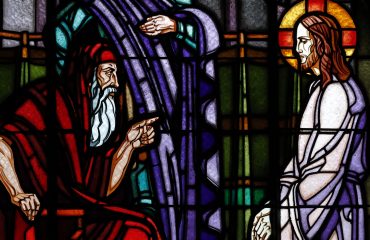 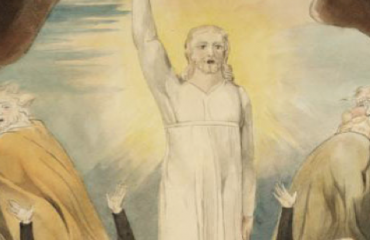 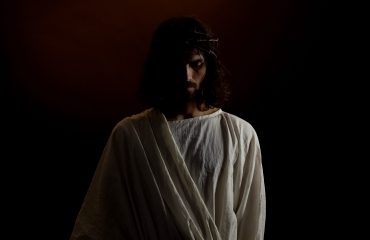