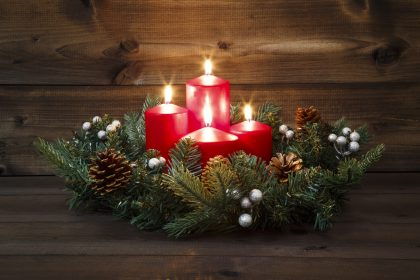 This last Sunday of Advent begins with the clarion voice of the prophet Micah. “Thus says the Lord: You, Bethlehem-Ephrathah too small to be among the clans of Judah, from you shall come forth for me one who is to be ruler of Israel.” Bethlehem was the birthplace of Israel’s greatest king, David. He united the twelve tribes and made Jerusalem the national and religious capital. Micah’s prophetic eye sees another king being born in Bethlehem.

The Gospel of Luke adds a commentary about this king. “He will be great and will be called the Son of the Most High and the Lord God will give him the throne of David his Father, and he will rule over the house of Jacob forever, and of his kingdom there will be no end.” The commentary continues in the Gospel passage we’re reading today.

Mary had been told that she was going to have a child through the overshadowing of the Holy Spirit. She was also told that her relative, Elizabeth, a woman far beyond the age of conception, was pregnant. Excited, puzzled and frightened, Mary ran to her thinking she might understand what has happened. Their meeting is a poetic commentary on the marvelous event that was unfolding.

Elizabeth represents the old, now sterile, Israel. Mary is the young, fertile, new Israel. At their meeting the child, the last prophet of Israel, leaped for joy in Elizabeth’s womb because the time of waiting was over. Mary’s child will ascend to the throne of David. But his throne won’t be a gilded throne; it will be a cross. And from that cross the kingdom of God will begin the slow process of its manifestation.

as I approach the season of Christmas and Epiphany,

enlighten my mind to the meaning of your Son’s birth, death and resurrection.

Help me to see beyond the dark struggles and conflicts

that afflict the world to the bright light of your kingdom shining in my heart.

Help me to free that light through the life I lead and the people I touch.

Help me to be a good and faithful servant in your kingdom. 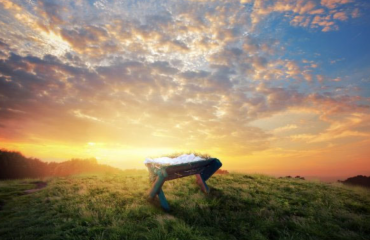 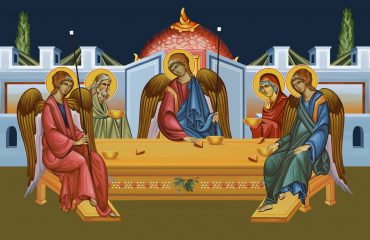 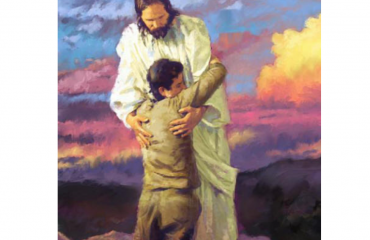