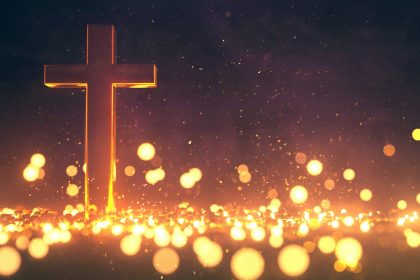 “Jesus told his disciples: ‘I have come to set the earth on fire, and how I wish it were already blazing.’” What a powerful statement. It sounds a bit scary, but at the same time, there’s something about it that that fills us with excitement. To begin to unpack the full meaning of this statement we must go back to ancient Jewish tradition.

Tradition had it that, one day, God would judge the world and purify it in fire. This event, called the Day of the Lord, would inaugurate the Messianic Time. It would be a time of glory for Israel. Evil would be obliterated, the earth would be purified, and a golden age would begin for the Chosen People.

The statement Jesus made would have ignited tremendous hope in the hearts of the disciples. Could Jesus actually be saying that he’s the Messiah, and that the golden age was about to begin? Perhaps, but Jesus’ next sentence was disturbing. “There is a baptism with which I must be baptized, and how great is my anguish until it is accomplished.” Jesus followed this with another jarring statement. “Do you think that I have come to establish peace on the earth? No, I tell you, but rather division.”

The disciples must have been reeling at the end of this short, and somewhat explosive, teaching. What was he talking about? Was he the Messiah or not? Was the Day of the Lord coming or not? What’s this about this a baptism of suffering? What about his bringing division to the

earth? His example of division shook them up totally. How would he tear families apart?

The disciples knew his teachings. They wanted to follow him. They wanted to believe his message. They were yearning for the Messianic Age – the golden age of Israel. But what he just said blew their minds! What does suffering and division have to do with his message of love and harmony, and the promise of the golden age? There was one more element of his teaching that they needed to ingest in order to understand the depth of this teaching. They had to understand the place of the cross in salvation history.

Five days before he celebrated his last Passover with his disciples, Jesus would give them the key to the understanding of this mysterious teaching. He would tell them, “Now is the time of judgment on this world, now the ruler of this world will be driven out. And when I am lifted up from the earth, I will draw everyone to myself.” (John 12:31-32)

When Jesus ascended the cross that was the moment he completely emptied himself of all ego and resistance. He became an open portal, brilliantly ablaze with divine light. His outstretched arms connected heaven to earth, and from the judgment seat of the cross he cast the purifying fire of God’s love across the earth. From that moment the Messianic time began, the kingdom of God had manifested itself. 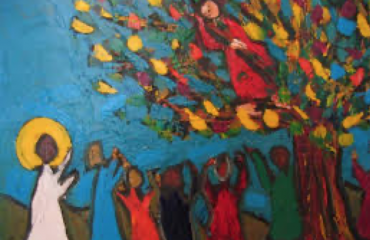 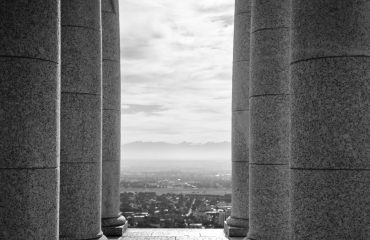